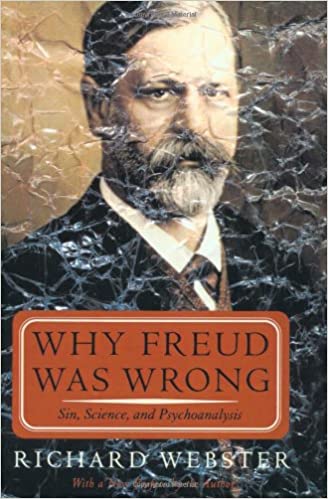 “The confident assumption which is generally made by modern rationalist thinkers is that the propositions about human nature which are contained in such theories as Marxism, psychoanalysis, existentialism, functionalism, and structural anthropology, are of a quite different order to the propositions about human nature which are contained within the Judaeo-Christian theory which they effectively replace. Whatever judgement may be passed on particular theories, it is at least generally assumed that modern thinkers have succeeded in freeing themselves from the superstitious and theological modes of thought which dominated those intellectuals who belonged to an era of faith. It is, however, just this assumption which needs to be questioned. For although such secular theories as psychoanalysis and structural anthropology have evidently shed the theism of Christianity, it is not at all clear that they have repudiated the view of human nature which was once associated with creationist theology, and with Judaeo-Christian doctrines of sin and redemption. Modern theorists of human nature, indeed, trapped as they are within a culture which has systematically mystified its own strongest traditions, are rather in the position of the mariner who sets out to sea without a chart. When he lands at a different point on the same continent from which he originally set sail, there is always the danger that he may fail to recognise this, and announce instead that he has discovered a new world. In the last hundred years such thinkers as Marx, Freud, Sartre and Lévi-Strauss have, I believe, repeatedly made just such a voyage. Setting out from a culture alienated from its traditional beliefs, disconsolately counting the small change of its new spiritual poverty, they have returned richly laden with belief and certainty in order to announce the discovery of the Brave New Worlds of dialectical materialism, of psychoanalysis, of existentialism and of structuralism. Many thinkers have greeted these discoveries with relief and enthusiasm. But because of their profound lack of familiarity with the orthodoxies of their own culture, they have often failed to recognise that the New Worlds in question are in reality but part of the old religious continent which was once their own, and that what they have embraced are not fresh theories of human nature but Judaeo-Christian orthodoxies which have been reconstructed in a secular form, safe from the attacks of science precisely because they are presented as science. Any culture which is founded upon the internalisation of a body of sacred doctrine, but which allows that body of doctrine to fall into obscurity, is always in danger of recreating old errors in new secular forms, and of allowing unexamined forms of irrationalism to determine its very definition of rationality. It is to this danger that our own culture has succumbed over and over again during the past century. [wfww]

Again and again Freud has been hailed … as the bringer of cultural and intellectual liberation. Yet if Freud has indeed established himself as one of the most significant messianic figures in modern intellectual culture this is perhaps itself a reason for preserving our scepticism about his mission. For from the time of Moses to the time of Marx it has been one of the characteristics of messianic prophets that their apparent willingness to attack established authorities has concealed a deeper adherence to orthodoxy than their followers have ever suspected. Frequently, indeed, the movements of liberation which they have led have actually ended by redoubling the very forms of repression they have ostensibly opposed. [wfww]

“If psychoanalysis has attracted some of the most lively intellectuals of the twentieth century it is not, I believe, because of the truth which psychoanalytic theories contain, or their explanatory value. It is perhaps because psychoanalysis is, with the increasingly fragile exception of literary criticism, the only branch of the human sciences which even begins to recognise the existence of the human imagination in all its emotional complexity. In this respect it might well be said that the incorrect theory elaborated by Freud has been infinitely preferable to no theory at all, and in the vast desert of twentieth-century rationalism it is scarcely surprising that many have seen, in the drop of imaginative water which is contained in Freud’s theories, a veritable oasis of truth.” [wfww]

The classic example of Freud’s technique of reconstruction is provided by the case of the Wolf Man. The primal scene which Freud describes, according to which his parents woke him from his slumbers by repeatedly having sexual intercourse in front of him, clearly has its origins in Freud’s theoretical preconceptions. It bears no discernible relationship to the dream from which Freud purports to derive it, and the links and interpretations by which he claims to do so are forced and implausible. It may be noted, indeed, that this particular reconstruction has stretched beyond breaking-point the credulity even of some of Freud’s followers. As the psychoanalyst Erich Fromm has written: ‘To form a hypothesis about what actually happened when the boy was one-and-a-half from a dream which says nothing more than that the boy saw some wolves, seems to be an example of obsessional thinking with complete disregard for reality.’ Even Fromm’s judgement is too generous, however. For, although the primal scene is indeed a hypothesis, the crucial factor is that Freud himself treats it as though it were an established fact and makes it into the keystone of the entire analysis. When Freud builds on this foundation by claiming that, at a late stage of the analysis, ‘there emerged timidly and indistinctly, a kind of recollection that at a very early age … [the patient] must have had a nursery-maid who was very fond of him’, his very language gives rise to suspicion, as does his claim that the case was now rapidly resolved. … Even Erich Fromm has recognised Freud’s habit of effectively constructing ‘facts’. He writes that the account of the Wolf Man’s dream ‘is actually a testimony to Freud’s capacity and inclination to build up reality out of a hundred little incidents either surmised or gained by interpretation, torn out of context and used in the service of arriving at conclusions that fit his preconceived idea’. [f(tgp)]

A similar observation might be made of Freud’s techniques of dream interpretation, which depended on construing all dreams as cryptic forms of wish-fulfilment. As Fliess manipulated numbers, so Freud juggled with symbols until even the most frustrating or tragic dream could be interpreted as secretly fulfilling some wish or desire of the dreamer – usually, though not always, a sexual wish. Freud thus argues that whenever steps, staircases and ladders appear in dreams, they are ‘unquestionably’ symbols of copulation: It is hard not to discover the basis of the comparison: we come to the top in a series of rhythmical movements and with increasing breathlessness, and then, with a few rapid leaps, we can get to the bottom again. Thus the rhythmical pattern of copulation is reproduced in going upstairs.48 The fact that this argument could be applied to practically any form of rhythmical muscular exercise, from paddling a canoe to polishing a floor, is ignored. When Freud goes on to write that women’s hats ‘can very often be interpreted with certainty as a genital organ (usually a man’s)’, that the same is true of overcoats and ties, and that not only tools and weapons but all forms of luggage and some kinds of relatives (particularly sons, daughters and sisters) frequently symbolise genitals, as do noses, eyes, ears and mouths, it is difficult not to suspect a kinship between Freud’s interpretive strategies and Fliess’s arithmetic.[f(tgp)]

One of the reasons that the data of psychoanalysis sometimes appears to be so persuasive is that Freud, enraptured by his theories, had devised a method which, to a considerable extent, allowed him to create his own data. Instead of theories being based on observations, ‘observations’ were sometimes derived from theories.[f(tgp)]

Freud’s belief that he was constructing a genuine science remains crucial to any understanding of how psychoanalysis developed. For it was his relentless and reductive scientism which, coupled with his compulsive need for fame, led him deeper and deeper into a labyrinth of error. It is quite true that Freud pointed to the poets as the precursors of psychoanalysis. But the whole point of this claim was to suggest that psychoanalysis had succeeded in translating ‘poetic’ insights into human nature into a ‘hard’ scientific register. In practice such insights were incorporated into psychoanalysis only after they had been both technicalised and medicalised. Again and again Freud strangled in false science the very poetic truths he had glimpsed in imaginative literature. When it comes to psychological insight, the common wealth of our literary tradition remains richer by far than psychoanalysis, and this should be recognised more widely than it is. [f(tgp)]

Yet, partly because of the way in which he used the aura of science and medicine to gain intellectual authority for his theories, Freud sometimes seems to be regarded as the only possible source for any deep insight into human nature. Although the idea that human motives are often unconscious is an ancient one, Freud is persistently credited with this ‘discovery’. [f(tgp)]

When, in 1923, Freud revised his theory of personality by adding to it his tripartite division of the mind into ‘id’, ‘ego’ and ‘superego’, the undoubted appeal of these hypothetical entities arose directly from concepts which were already well established. In practice Freud was doing little more than reformulating in technical terms the idea that the human self is wrought out of a conflict between the conscience and unbridled instincts. Indeed, Freud himself was obliged to recognise the objection which was most commonly made against his ego psychology – that it ‘comes down to nothing more than taking commonly used abstractions literally, and in a crude sense, and transforming them from concepts to things’ [f(tgp)]

Rooted as he was in the rationalism of the Judaeo-Christian tradition, which has always upheld the supremacy and the divine origin of reason, Freud remained passionately committed to a secularised version of the same rationalism. ‘We have no other means of controlling our instinctual nature but our intelligence,’ he wrote; ‘… the psychological ideal [is] the primacy of the intelligence.’ ‘Our mind,’ he observed, ‘… is no peacefully self-contained unity. It is rather to be compared with a modern State in which a mob, eager for enjoyment and destruction, has to be held down forcibly by a prudent superior class.’51 [f(tgp)]

Freud genuinely believed that he was using science to sweep away superstition and introduce a new view of human nature. His real achievement in creating psychoanalysis, however, was to hide superstition beneath the rhetoric of reason in order to reintroduce a very old view of human nature. By portraying the unconscious or the ‘id’ as a seething mass of unclean instincts, and seeing men and women as driven by dark sexual and sadistic impulses and a secret love of excrement, Freud in effect reinvented, for a modern scientific age, the traditional Christian doctrine of Original Sin. At the same time, through psychoanalysis, he offered to all who followed him a means of redemption. [f(tgp)]

If, in the twentieth century, psychoanalysis rapidly attained the status and power of an orthodoxy, it was for no other reason than that it was a form of orthodoxy itself – a subtle reformulation of Judaeo-Christian doctrine in secular form, safe from the attacks of science precisely because it was presented as science. [f(tgp)]

Freud, however, has proved more difficult to vanquish than many of his opponents have calculated. As Walter Kendrick has written, ‘How can you simply kill the Father who taught you that his death must be your desire?’ [wfww]